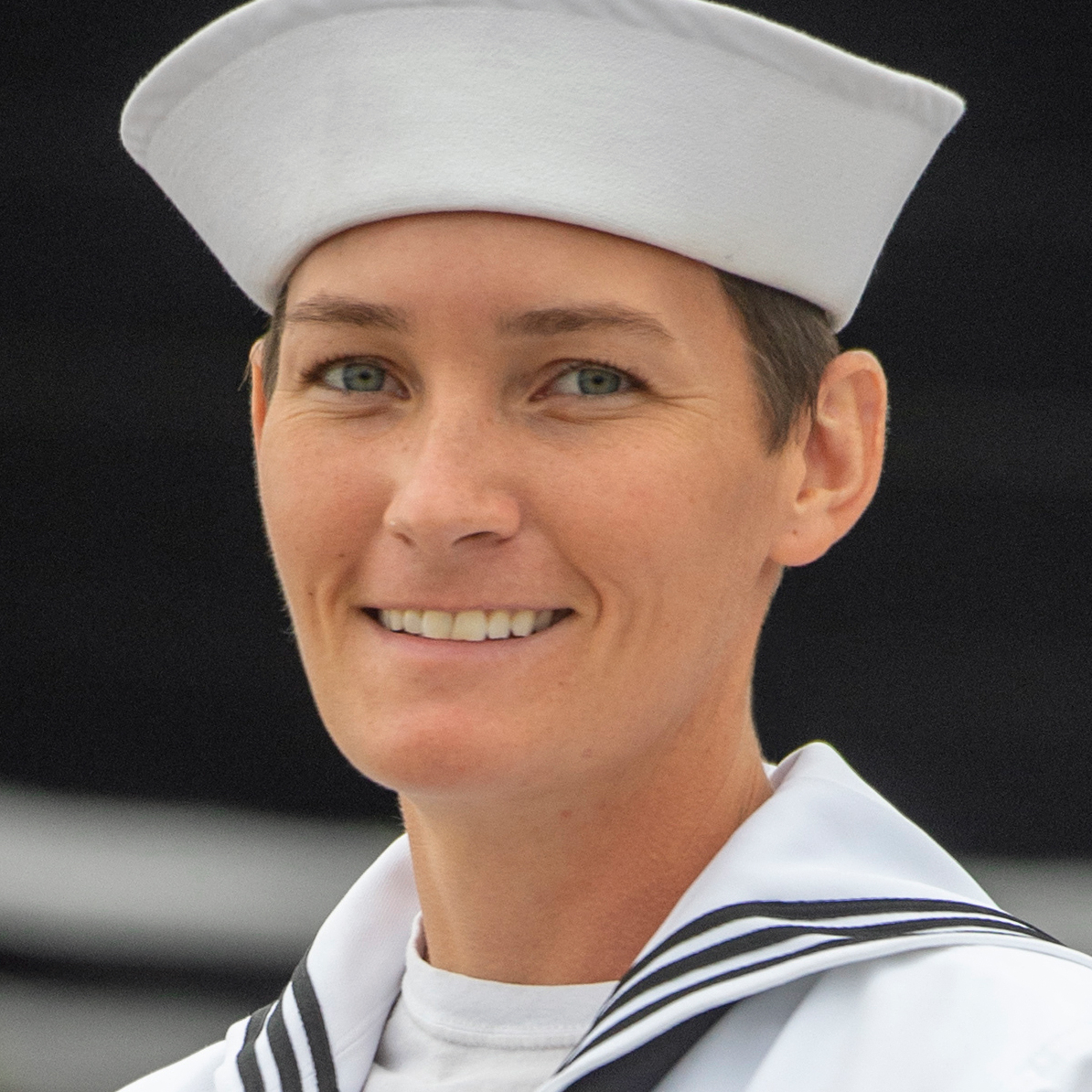 For sailors, being assigned to the USS Constitution — the world's oldest commissioned warship still afloat — means a front-row seat to history.

For Petty Officer 1st Class Hilary Lemelin, it's meant a desk, too.

Two, actually. When the Navy embarked on a project to make a historically significant desk for the nation's vice president in 2020, Lemelin, a builder, was tapped to lead the effort, using materials from "Old Ironsides." She and her team also built a desk for the Navy secretary with materials from the USS Constitution and other historic ships.

"That's the biggest thing for me, we're helping whoever sits in those seats think about the immense weight they hold."

With the desks now installed in their respective offices at the Pentagon and the West Wing of the White House, "something that we made with our own hands is ... a part of history," Lemelin  said.

Lemelin and the three other sailors on the project — all Seabees, the nickname for members of the Navy's construction force —  built the desks in about seven weeks.

The wood they used for the vice president's desk came from restoration projects the Constitution has undergone over the years. Given the age of the three-masted ship — one of the Navy's six original frigates, launched in 1797 — occasional touch-ups are necessary, Lemelin noted.

Copper and nails for both desks also came from the Constitution, and the Navy secretary's desk included material from the frigate USS Chesapeake; sloop of war USS Constellation; and battleships USS Texas, USS New Jersey and USS Arizona.

The team was mindful of the project's materials and meaning. They left square-nail holes in parts of the panels as a reminder of their origins as planks from the Constitution, and built pen trays in the center drawer of each desk that included a piece of the USS Arizona, the ship where nearly half of the Americans killed in the 1941 attack on Pearl Harbor perished.

"That's the biggest thing for me," Lemelin said. "We're helping whoever sits in those seats think about the immense weight they hold."

"These officials will sit at these desks and make decisions that affect our nation and the very military that we serve in."

For Lemelin, the project was an unforgettable experience. It "was the first time I had ever done anything like this, especially on a large scale and of such importance," she said.

That's not to say she wasn't prepared, though.

Always interested in construction, Lemelin grew up doing carpentry with her father and took woodworking in junior high. She knew in college that she wanted to join the military, spoke to a Navy recruiter and left for boot camp about a month after earning her degree. When she took military career aptitude tests, she recalls, "all my options were inside the Seabee community."

She's been serving aboard the Constitution for about a year and four months, where she runs the wood repair shop, overseeing four crew members. Their tasks range from performing routine maintenance to building large specialty items such as a ship's wheel replica or small gifts for VIP guests.

She also gives tours to the public and to special groups such as service members and their families, veterans, government officials and other guests visiting Old Ironsides (a nickname the Constitution earned during the War of 1812, when a sailor saw British cannonballs bouncing harmlessly off its hull and exclaimed that its "sides are made of iron!").

"I've always enjoyed history. This would be a good tour for a history buff," Lemelin said of her time aboard the ship. "It has definitely piqued my interest in history again."

Lemelin, who also enjoys numerous outdoor pursuits in her spare time and "spending all the time I can with my daughter," was the only member of the desk team assigned to the Constitution.

What they all shared, though, was the Seabee ethos.

Established during World War II to build advance bases in the war zone, the Navy's construction force has as its official motto "Construimus, Batuimus," Latin for "We Build, We Fight."

But the force also has long been associated with the phrase "Can Do" — an expression of Seabees' spirit and ability to get the job done.That's true whether the job is a temporary military structure in a combat zone, a schoolhouse in a remote country or fine furniture for two of the nation's most powerful offices, built for the ages.