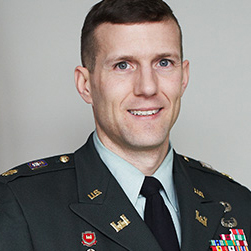 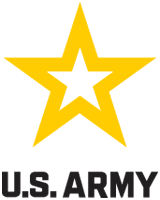 While still in high school, James Kemter of Columbus, Ohio, debated between enlisting in the Military immediately after graduation or going to college through a ROTC program. Ultimately, he chose to join the Army directly from high school, but not before giving careful attention to the decision.

"The Military allows you to really figure out who you are."

“My dad was in the National Guard. That’s what sort of sparked the initial interest to serve. But he was also very adamant that before I was going to join the Army or any Service … that I talked to all of the Services, that I was well-informed as to what my options were.”

James was also clear in his own mind that he wanted to choose a skill in the Military that he could take with him into civilian life.

“When talking with a lot of people [in the Military], there was a common theme that came out, and that was, if you’re going to go into the Military, try to get yourself a job set that you can use [after serving].”

With that in mind, James hoped to qualify as an interrogator in military intelligence, hoping to translate his training into a civilian career in law enforcement or intelligence services later. The next step was Basic Training, and naturally James was nervous at first. However, the experience wasn’t as scary as he had feared.

“I remember the drill sergeants were very professional. They were firm, but they were fair; they gave you a task and a purpose and expected you to do it.”

While at Basic Training, James was selected to attend the United States Military Academy Preparatory School in Fort Monmouth, N.J., where he would train to enter into the U.S. Military Academy at West Point. His original plans were evolving in ways he never could have foreseen when he enlisted as a high school senior in Ohio.

“I went up to West Point for four years, and that was an unbelievable experience.”

While at West Point, James chose an engineering commission, and upon graduation, stayed in the Army, where his experience and education grew with each passing year. Initially, he traveled to Fort Leonard Wood in Missouri to attend the Engineer Officer Basic Course. Then he traveled to his first duty station — Fort Lewis in Washington state. As a lieutenant, he led a 30-man platoon disabling land mines and engaging in small construction projects.

Training the Next Generation

After three years in Washington, James returned to Missouri to attend the Engineer’s Captain Career Course during the day and earn the first of his two advanced engineering master’s degrees through evening classes. He stayed at Fort Leonard Wood for a while, where he became a company commander before heading off to Gulfport, Miss., where he was responsible for the training of carpenters and masonry specialists. He eventually received his second advanced degree in engineering from the Air Force Institute of Technology back in his home state of Ohio.

During his career, James has led major construction projects around the country, from erecting barracks to building a 10,000-square-foot structure from scratch. He was even called in on several restorations of historic buildings at Fort Sam Houston, Texas. His team was able to bring the buildings up to modern standards while retaining their historical features.

As a project engineer, James’ primary job was to keep his contractors on time and on budget. He assigned work and did daily reviews to ensure plans were being followed and specifications were being met. In addition to granting him skills that would directly apply to any civilian construction management role, this experience also gave James an immense sense of satisfaction.

James’ career has also included a six-month deployment to Afghanistan, where he was building major projects, barracks, roads and headquarters for Army and Afghan agencies. At age 34, he was the sole person responsible for 55 projects worth over $300 million.

“Just seeing the quality of life of a really poor nation — third-world nation — get improved was something that made you really feel good. Be it building a road or getting a police station built in places they’ve never had a police station … just seeing the overall prosperity … start booming because you just turned a little goat trail into a road that a car can actually drive down.”

From a high school kid in Ohio to a West Point grad with two additional advanced degrees in engineering, James has made much out of his military experience. The Army has given him every chance to challenge and push himself. These educational qualifications and on-site experiences will translate well into a number of civilian career options made possible through military training.

And, for Maj. James Kemter, the Military has shown him that there is no limit to what he can achieve when he puts his mind to the task.